The Lessons of Suffering | Brunswick
Perspectives

The Lessons of Suffering

The best way to handle calamity involves acceptance. Brunswick’s Kevin Bailey draws strength from the memory of a favorite teacher.

Each workday early in the pandemic, Brunswick colleagues would take turns writing a letter to office mates working from home, a practice that started in Washington, DC and quickly spread to London, New York and beyond. These personal notes helped our teams stay connected, often combining inspiration, philosophy and humor with favorite books, recipes and TV shows. Reprinted here is a note from Kevin Bailey, a Partner in the Washington, DC office.

In the early days of quarantine, I happened to read a New York Times interview with Kate Bowler1, in which she talks about balancing realism with positivity and learning how to accept that everything isn’t always meant to work out in the end, that sometimes things are just bad. Asked about how to handle the emotions that come with living through a pandemic, she said: “The idea that we’re all supposed to be positive all the time has become an American obsession. It gives us momentum and purpose to feel like the best is yet to come. But the problem is when it becomes a kind of poison, in which it expects that people who are suffering—which is pretty much everyone right now—are somehow always supposed to find the silver lining or not speak realistically about their circumstances. 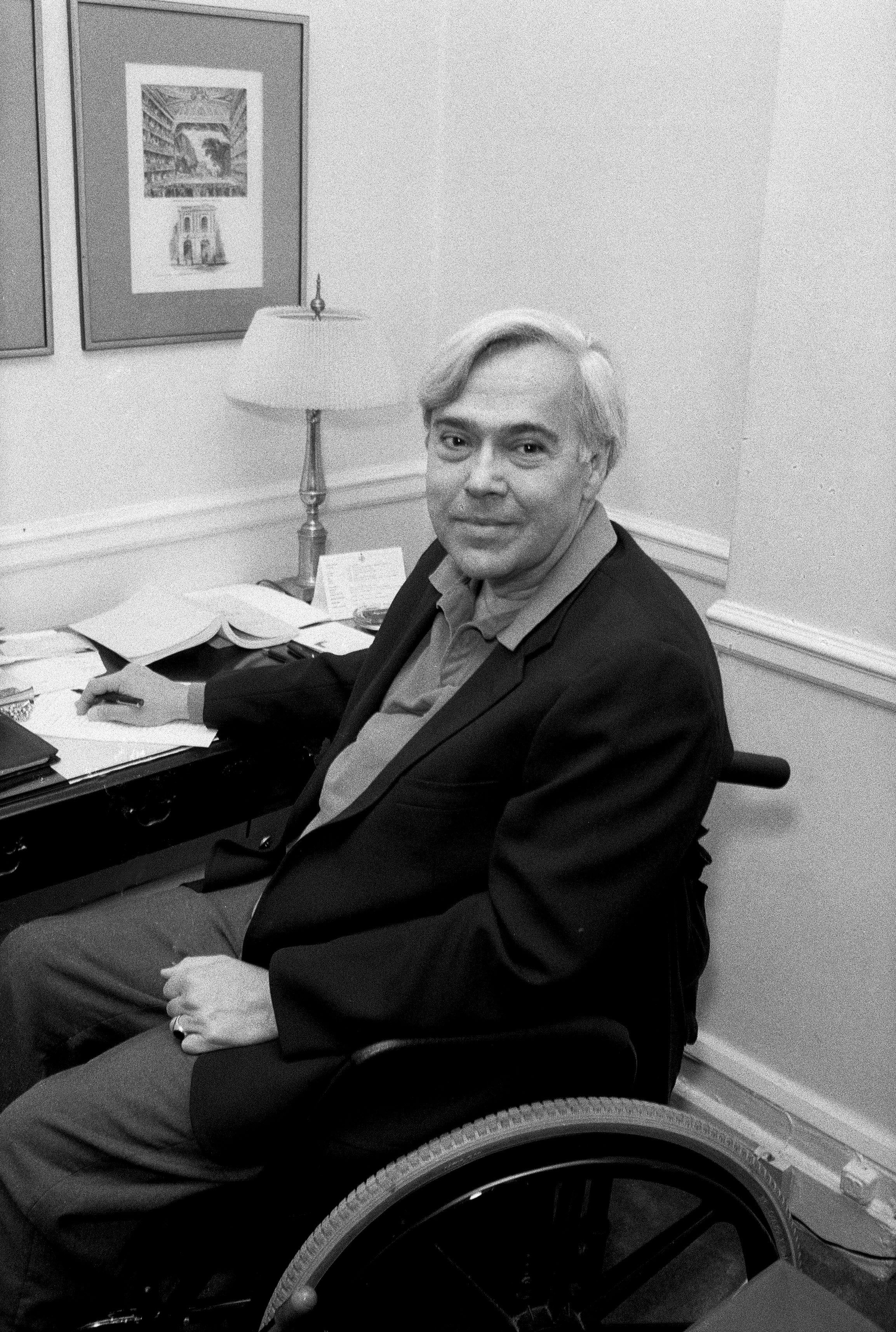 Professor Reynolds Price, who lost the use of his legs in a battle with cancer, believed “tragedy can bring a kind of patience ... you never knew was possible.”

“The main problem is that it adds shame to suffering, by just requiring everyone to be prescriptively joyful. If I see one more millionaire on Instagram yell that she is choosing joy, while selling journals in which stay-at-home moms are supposed to write joy mantras, I am going to lose my mind!”

She was talking about the pandemic of course—but since that interview was published, we’ve also seen the nation explode in fury at a different kind of horror: that of systemic racism and the blind eye that white America has for so long turned to it. That suffering, too, is something that we cannot pave over but must acknowledge, inhabit, and seek, once and for all, to eliminate.

Thinking about her words—and her writing more generally—has on several occasions these past few months cast me back 30 years to the spring of my junior year in college. I had put off the inevitable as long as possible and had one semester left to take the last required course for my English major. It was the doozy everyone in the department feared most: Milton, taught by Reynolds Price. Professor Price, it was rumored, had not given an A of any sort in that class since his protégé, the gifted novelist Josephine Humphreys, took it—in 1965!2 Everyone went into this class knowing the ceiling and bleakly feeling that whatever effort followed would almost certainly be futile.

The class was intimidating for other reasons as well, not least because Prof. Price was a living legend. A Rhodes Scholar, he graduated at the top of his class, earned a second degree at Merton College (Oxford) and returned to Duke as a full professor at age 25 in 1958. At 29, he published his first novel, A Long and Happy Life (1962), to be followed in his prolific career by 37 other novels, short story collections and memoirs, including the award-winning Kate Vaiden (1986).

That spring of 1990 was only a few years after Reynolds (as he allowed me to call him when I got to know him personally some years later) had survived a devastating battle with a rare spinal cancer—the doctors saved his life, but it cost him the use of his legs and left him in constant, and often excruciating, pain for the rest of his life. When he lectured, it was with an often halting, deliberate speech where his eyes betrayed the agony in which he lived most days.

And yet, for five months I sat mesmerized every Tuesday and Thursday from 1:30 pm to 3:00 pm as we worked our way through Paradise Lost and seemingly hundreds of other works by the master poet. Mostly we just listened to this brilliant man wax eloquently about timeless notions of faith, destiny, beauty and death. Every so often, when we were lucky, Reynolds would say “I’d like to read now.” I physically remember holding my breath when those moments happened, because in them he became a different person—it was as if the personal pain dropped away for a few moments: his countenance brightened, his eyes began to sparkle, and that stunted voice transformed into a rich, sonorous baritone that I can still hear today. When he read the passage that he called “the seminal moment of Christian faith” in Paradise Lost,3 he seemed transformed—“On me let Death wreak all his rage,” he read, and in his anguish at that moment seemed to covet those words for himself.

Reynolds wrote that, even after “full catastrophe,” his life had “gone still better” and was full of “more love and care, more knowledge and patience, more work in less time.”

There was only one assignment in the class: an essay in which we students were asked to “say something unique and beautiful about Milton.” Now, these many years later, I have no idea what my essay was about, but I do recall sitting down with him to discuss it after I’d turned it in. He liked to give an “exit interview” to each student in which he shared his thoughts and handed out the dreaded grades. To me he said, in that slow, halting voice: “Mr. Bailey, there are some ideas here that are unique, and some that could be called beautiful, but never both at the same time. Perhaps one day you’ll figure out how to introduce them.” After my experience in this transformative class and this hopeful counsel, I happily took my B.

I returned to Duke for law school a few years after college and had the chance to get to know Reynolds socially at that time. We were not close, and he didn’t share with me the secrets of his genius, but he did once tell me that “if you let it, tragedy can bring a kind of patience and watchfulness that you never knew was possible.” Around that time, he mentioned that he had been corresponding with a young doctor who had a terminal diagnosis and was struggling with questions of faith, fate and how to overcome paralyzing fear.

Reynolds died of a heart attack in 2011, several years after I last spoke to him. In 2017, when I had my own bout with disease, I had this palpable wish to speak to him again, to see if he had any more wisdom for me. It was only then that I learned that he had ultimately published those letters with the young doctor in the form of a little essay, “Letter to a Man in the Fire,” which wound up being a touchstone for me, as he described “the bottomless mystery of suffering” juxtaposed against our “fierce hope to live.”

My takeaway is this: In the face of the uncertainty and upheaval of a global pandemic and what seems to be a societal awakening to gross injustice, we all have a need to both sit with and even appreciate suffering (our own and others’) in order fully to understand the gift of life. In one of his many memoirs, Reynolds wrote that, even after “full catastrophe,” his life had “gone still better” and was full of “more love and care, more knowledge and patience, more work in less time.”4 What a thing to say, and what courage it took to live that way. I think he would relish this time in which we’re living—because it forces us, to varying degrees and in different ways each day, to immerse ourselves in discomfort, sadness and suffering, and through that to find fierce hope.5

-
1. Bowler, a writer and professor, was diagnosed with terminal cancer at age 35. She went on to write Everything Happens for a Reason (and Other Lies I’ve Loved) in 2018.

2. As a total tangent, if you haven’t read her novel Rich in Love (1987), treat yourself to it. It’s the best coming-of-age story you’ve probably never heard of.

5. As a postscript, I am delighted to have the chance to write this note on the last day of Pride Month for an entirely separate reason: Reynolds was the first openly gay adult I knew personally. (Yes, I know that seems impossible to believe, but growing up in the 70s and 80s in the Deep South, it wasn’t very far-fetched.)

Kevin Bailey, a Brunswick Partner in Washington, DC, was BP’s head Washington lawyer and a key strategist for the company’s response to the Deepwater Horizon accident.