The story of an entrepreneur with a simple ambition and an extraordinary determination to change the world with an everyday product and a global ecological movement.

By night Victor Sánchez was a young Spanish star bartender serving up cocktails with straws for world renowned brands. But by day, he was dismayed to find that single-use plastic washed up on the Barcelona beaches where he liked to surf.

In 2014, before single-use plastics became the high-profile issue that they are today, made famous by the picture of a sea turtle with plastic straws stuck up its nose, Victor set out to solve this major ecological problem, eventually inventing an edible, 100% biodegradable straw. 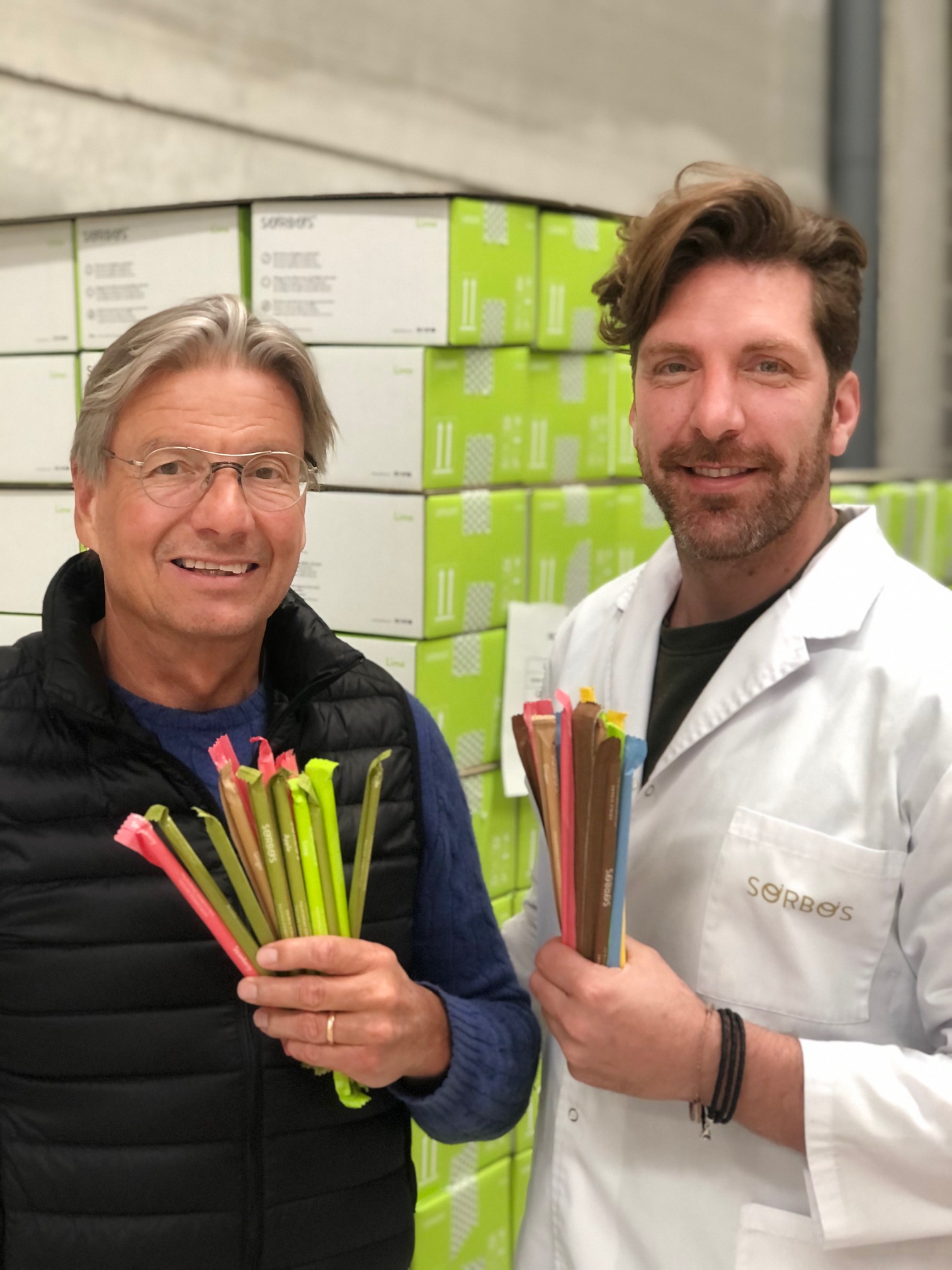 Victor isn’t an eco-warrior or activist, just a man trying to solve a problem. He isn’t against plastic and recognizes its huge value in many areas of life from aeronautics to medical devices to lifestyle applications. His ambition, however, is to reduce the need for single-use plastics where alternatives can be found. The US alone uses over 550 million plastic straws a day and estimates are there will be more plastic in the sea than fish by 2050.

Victor sought out professors at the University of Barcelona to research how a 100% biodegradable straw could be designed and manufactured. He found financial support from Pascual, a Spanish dairy company, and the Government of Catalonia.

Using sugar beet from France, along with several secret ingredients, Victor was able to develop a straw with the right consistency to ensure it gave consumers the same experience as a plastic straw. It remains rigid for longer than paper ones, but improves the drinking experience using flavors to enhance the taste.

“You need to love your problem and ensure your mind is open and recognize there is no limit to development ambitions,” Victor said from his production facility in Barcelona.

Victor called his straw “Sorbos” meaning “sips” in Spanish, and with it he started on an ecological journey that is slowly becoming a movement with considerable public support.

He brought on friends to support his fledgling business, working out of a small 80-square-meter facility. Having started with a converted pasta machine, the team worked with engineers to develop bespoke machines to mass produce the straws.

Initially, Victor sold a small number of his straws online, but he needed professional support to take it to the next stage. Through the Spanish Chamber of Commerce he was introduced to Ove Fondberg, an experienced investor, who had had a long career in the drinks industry in Scandinavia and investing around the world. “Victor was looking for investors but wanted someone who was a believer in the ‘movement’ and had industry distribution experience. Someone who understood how to bring new drinks concepts to market,” said Ove.

Sorbos started to increase production and sales in Spain and then in 2018, started exporting to France, Holland and the UK, selling pallet by pallet. In 2019, single-use plastics emerged as a global issue and the hospitality industry looked for alternatives. Paper straws didn’t work and producers started strengthening them with microplastics. Sorbos offered a real alternative and the business quickly took off.

We are clear that every product we sell should contribute to protecting the environment.

“Our big breakthrough came when we entered an exclusive global partnership with Bacardi for branded straws. Eight million straws, lemon and lime flavored—it was a big volume for us at that time. Sainsbury’s, a large supermarket chain in the UK, called it the best launch since Red Bull,” said Ove.

Then came Carnival, the world’s largest cruise line. With many Americans on their ships, Sorbos gained interest from the US market. By mid-2019 the business was growing incredibly fast, with sales from Turkey to South America. “We were flying, but the growth was too quick; we had massive interest, but were limited by our production capacity,” says Ove.

In late 2019, as virus rumors emerged from Wuhan, China, Ove knew something was about to change and pushed hard to launch a retail pack, a year ahead of schedule. “I think this saved the company,” he said.

Demand from hotels, amusement parks, cruise lines and fast-food chains stopped overnight. Thanks to Ove’s quick thinking, Sorbos, which until then had principally focused on wholesale bulk trade, switched into retail sales online and through supermarket chains across Europe, the only place the public could go. In March 2020, when they were told by the government to close their factory in Barcelona for lockdown, they had a retail pack selling in Carrefour and other major European supermarket chains, stock-in-hand and cash flow in the system.

Images of marine animals eating or being entangled by plastic caused global distress and made single-use plastic a high profile issue.

Despite COVID, Sorbos has doubled its production in recent years to meet demand. From 40 million straws a year in 2019, Sorbos expects to sell over 100 million this year. With the hospitality industry slowly reopening, Sorbos is looking to sell up to 200 million straws in 2022. The North American market is growing fast and the company is seeing strong initial interest from Asian markets, especially Japan and South Korea. In the Middle East, Sorbos has just entered a partnership with Lulu, one of the largest regional hypermarket chains.

Later this year, to meet the demands of consumers who don’t want the calories (there are 27 in each straw), Sorbos will launch a sugar-free product. “This isn’t just a straw, it’s a new concept, a new experience. We understand that different people want different things and we have to work hard to give them what they want. And we are looking at other single-use plastic product categories to keep ahead of new market entrants, such as ice cream sticks.

“Business partners and investors are knocking on our door. We want to partner with people who are as motivated as we are. They need to fit our ethos of ‘experience and conscience’—a great tasting product that is good for the environment,” says Victor.

“Although some price-sensitive markets see our products as expensive”, says Ove, “we are clear that every product we sell should contribute to protecting the environment. Each sale makes an automatic contribution to environmental programs such as saving the Amazon or cleaning the oceans. Consumers can choose which cause they want to support through a QR code on the packaging. In addition, Sorbos plants trees to match the cardboard it uses in its packaging.

“We have been very lucky with our timing despite the complexities of the engineering and have never given up. We want to make people happy again and our product can help.”

Rupert Young is Brunswick’s Senior Partner in the Gulf. He advises a range of companies across the UAE, Saudi Arabia and other GCC countries.