Journalism being the first draft of history, Crashed by Columbia University’s Adam Tooze offers a more-definitive account of the financial crisis.

A Brunswick Review investigation into the number of books published about the financial crisis of 2008 culminated in a throwing up of hands.

Whenever our search seemed complete, another title or three emerged. The 2008 Financial Crisis shelf bears so many books (more than three dozen) that New York Magazine last summer divided them into nine categories, and asked a panel of economists to choose the best in each. Best first draft of history? Too Big to Fail by Andrew Ross Sorkin of The New York Times. Best memoir? Timothy F. Geithner’s Stress Test. Best book if you were to read only one? The Shifts and the Shocks: What We’ve Learned – and Have Still to Learn – From the Financial Crisis, by Martin Wolf of the Financial Times.

The US rescue of Wall Street wasn't popular with the public. But in his new book, Columbia University's Adam Tooze argues that the rescue likely saved America and the world from a more severe downturn.

That survey took place too soon to include an examination of Crashed, published last August. Its author is Adam Tooze, a Columbia University economic historian whose previous works include The Wages of Destruction, an examination of Nazi Germany’s economy. At 706 pages, Crashed ranks as perhaps the longest book on the financial collapse, and hardly the most accessible – though it was named one of The New York Times’ 100 notable books of 2018. Of all the great books on this topic, however, Crashed is the most comprehensive, which is to say the most global, and therefore one could argue the most relevant. “There were European narratives about the crisis, and there were American narratives,” Dr. Tooze told the Brunswick Review. “But there really wasn’t a transatlantic narrative, and there needed to be because what happened was a transatlantic financial heart attack.”

Like most accounts, Crashed takes the reader deep into the US Fed and Treasury discussions that culminated in bailouts that Dr. Tooze believes avoided financial Armageddon. But he also takes the reader into similar crisis rooms in Berlin, Paris and London, where financial leaders initially dismissed the subprime mortgage debacle as an American problem. That view faded quickly enough, as real-estate-related debt began tanking banks and economies across Europe. “Between 2001 and 2006, Greece, Finland, Sweden, Belgium, Denmark, the UK, France, Ireland and Spain all experienced real estate booms more severe than those that energized the United States,” Dr. Tooze writes. 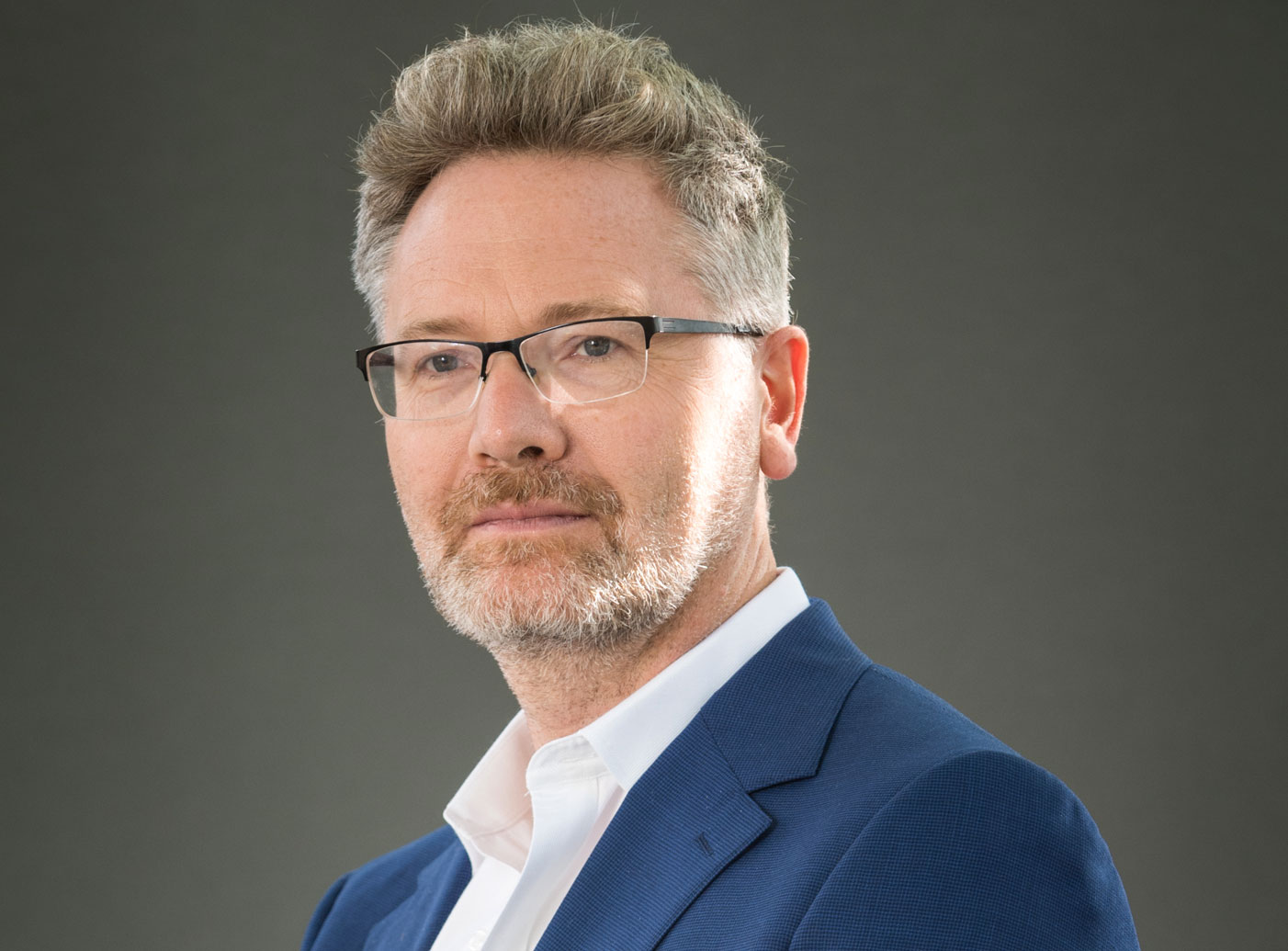 Using researched gleaned from public records across two continents, Dr. Tooze shows that banks across the West behaved irresponsibly, and he contends the US combination of bailouts and stimulus – however imperfect – saved the world economy.

Like Crashed, Dr. Tooze’s own story is trans-atlantic. Raised in Germany, he was educated in his homeland of Britain (receiving a PhD from the London School of Economics), and for several years now has lived in the US.

A book a decade in the making, Crashed has been hailed by reviewers as the first “second draft of history,” a tribute meant to distinguish it from journalism, even if Dr. Tooze himself doubts that any second draft will be the last. In the book, he notes that no complete history of the crash of 1929 could have been produced in 1939.

A self-described liberal, Dr. Tooze criticizes US Republicans for a pre-crash history of deficit spending and for their post-crash opposition to the financial rescue that began under their own leader, President George W. Bush. But Dr. Tooze finds fault as well with the Obama Administration, for allowing bankers to profit from their own recklessness, and for providing what Dr. Tooze regards as too little support to struggling homeowners. But Crashed never loses sight of the chaos, confusion and dearth of any attractive options that faced both presidents and their teams of experts.

As an economic historian in academia, Dr. Tooze strives for the definitive. It’s a slow process. He says his next book, due out in a decade, will be a history of the crash of 1929. “Most of the histories of 1929 were written in the 1970s. I want to write a history of 1929 that’s suitable for the world of 2029.”

Dr. Tooze made the following remarks in a conversation with Review Editor in Chief Kevin Helliker.

I grew up in macroeconomics. that was my first love, in intellectual terms. My first book (Statistics and the German State 1900-1945: The Making of Modern Economic Knowledge) was about the development of macroeconomics back in the early 20th century, and how we arrived at numbers like GDP, GNP, current account, how we put in place the metrics of macroeconomic knowledge.

The 2008 crisis immediately struck me as historically important in shifting the way we need to think about and analyze economic crises going forward.

Unlike 1929, the risk in this case wasn’t in the markets. It was in the banks. It was in the balance sheets of very, very large banks that there was a buildup of very serious risks. Then came the recognition of the widely reverberating risks of bankruptcy. How to respond? You can cap the size of banks and address “too big to fail” in an aggressive restructuring of the banking system, for instance the so-called Swedish model, where you nationalize failing banks and then restructure them and privatize them.

If you’re not going down that route, then the entire game going forward is on bank regulation. And that is an incredibly complex technical field in which you may need, as [JPMorgan CEO] Jamie Dimon once said, a psychiatrist and a lawyer. I’d add an economist to that, and probably a political scientist.

There are so many questions to consider. How much liquidity to require? How are international banks managing currency mismatches on their balance sheet. Are their liabilities and assets in the same currency? If not, what are they doing about the risks involved in that? In the case of global operations, where is their capital in relation to their balance sheets? Are they a European operation with a huge US franchise, but no capital in the US?

Then come the questions of how we interpret what we’ve decided to do and how we enforce it – an ongoing game, one that has shifted with the Trump presidency to a much more pro-business mode.

As I wrote in the book, the election of 2016 seems to me to be much more directly overshadowed by ’08 than was Romney versus Obama in ’12.

I think there are three things that the Obama administration could have done which might have shifted this. One is they could have pushed harder, more spectacularly, with more resolve for support for homeowners. Two, they could’ve found legal means to aggressively pursue some of the senior bankers. And they could’ve done a much larger stimulus, a much larger work creation program in 2009.

If they had done or been seen to be attempting those things, I think they might very well have persuaded more of the Democratic Party’s constituency that this was a party worth voting for, even if the next candidate was Hillary Clinton, not Obama. And that very well may have shifted the outcome of the 2016 election.

Still, there’s every reason to think that there’s been a substantial adjustment in the leadership of Wall Street. I don’t think anyone in that Wall Street leadership group walked away from the crisis rubbing their hands, going, “We had a crisis and the taxpayer bailed us out and we made all these profits. What canny businessmen we are.”

The mood is that this was a near-fatal disaster and there is a pretty serious determination among most senior bankers to avoid anything like that ever happening again. Because it’s humiliating. It’s risky. Nobody wants to be Lehman Brothers, game over.

Kevin Helliker, Editor in Chief of the Brunswick Review, is a Pulitzer Prize-winning journalist. Previously he worked for 27 years at The Wall Street Journal.

United’s former Executive Chairman and CEO talks to Brunswick’s Jayne Rosefield about managing the airline’s turnaround and hard-won lessons of leadership. From the Brunswick Review.