Better get a Go Bag

A simple, but often ignored preparation for a crisis.

When Peter Hamilton stored a Go Bag in his office, his colleagues smirked. Then in 2003, midtown Manhattan lost power and Mr. Hamilton, with his Go Bag flashlight, became the office hero as he led those same colleagues down a dark stairwell. 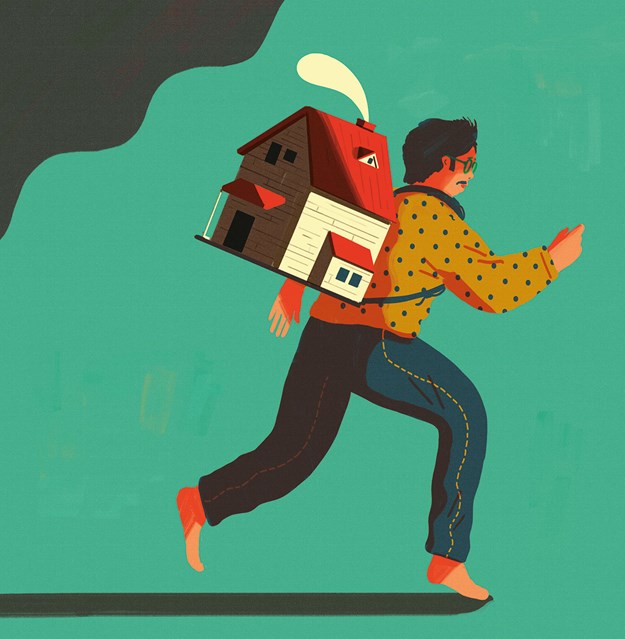 The Go Bag may be the simplest bit of crisis planning that most people ignore. Governments around the world recommend it, but research suggests that only a minority have such a kit at the ready. The US Federal Emergency Management Agency estimates that 60 percent of American adults are unprepared for disaster. Faced with the need to run from hurricanes, wildfires, terrorist attacks or floods, there is often no time, so a pre-packed bag can be crucial. New York City’s Emergency Management website contains an entire section on Go Bags, and makes clear that one isn’t sufficient.

“Everyone in your household should have a Go Bag,” it says, adding it “should be sturdy and easy to carry, like a backpack or a small suitcase on wheels.”

If it sounds like too much trouble for something that likely won’t be used, consider that Mr. Hamilton has used his three times. First after 9/11, when his family’s home just north of the World Trade Center lost power. Using the flashlight he always carried, Mr. Hamilton climbed 16 dark flights to grab his and his daughters’ Go Bags. That experience was what led him to keep a second Go Bag at the office.

In 2012, Hurricane Sandy left downtown Manhattan and much of the northeast without power. Their Go Bags kept Mr. Hamilton and his family fed, hydrated and armed with flashlights until power in their home was restored.

Go Bags can be purchased online, with prices from $70 and to $300. Or they can be custom made. Mr. Hamilton’s self-made bag contains a long-lasting LED flashlight, a multi-purpose tool, a basic first-aid kit, disposable respirators, work gloves, a portable radio, four water bottles, two mylar blankets, two giant black trash bags and separate small bags for carrying batteries and a cigarette lighter.

Other items to consider: a few days’ worth of water and non-perishable food, a battery operated radio, toiletries, cash, copies of important documents, rain gear, medication and chargers for basic electronics.

Gabrielle Ouaknine is an office assistant in New York.

United’s former Executive Chairman and CEO talks to Brunswick’s Jayne Rosefield about managing the airline’s turnaround and hard-won lessons of leadership. From the Brunswick Review.