Too Big for Earnings Calls

Brunswick research finds that most quarterly earnings calls follow a predictable formula – one that Fortune 100 leaders are least likely to follow.

An earnings call on his morning calendar is no thrill for Dan Davies, who follows banks and other financial firms for Frontline Analysts. “A big one-hour gap in the middle of a busy morning where you can’t do anything useful and your phone line is tied up,” wrote Mr. Davies. 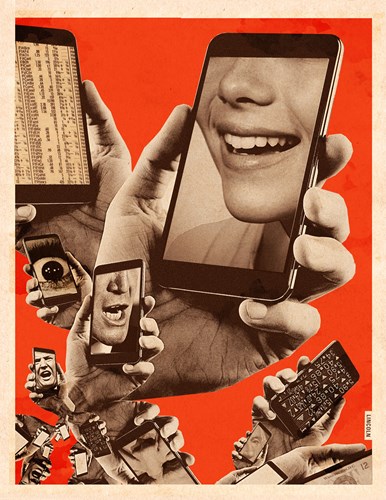 Then there is the call itself. New research by Brunswick gives some credence to the sense that one call sounds just like the other. A Brunswick study of the earnings-call transcripts of nearly 1,000 companies during the four quarters ended mid-year 2018 found that nearly all follow the same structure: Introduction, legal disclaimer, prepared remarks, Q&A session, closing statement. They also feature the same words, especially predictable ones such as “growth,” “busy,” “new” and “increase.” Even the number of words spoken is uniform, averaging about 7,000 per call in the transcripts Brunswick studied.

Yet the research did unearth a surprise: Fortune 100 CEOs follow a different script. The research analyzed three separate groups: Fortune 100 companies, the remaining 400 companies on the Fortune 500 list, and a random sample of 500 smaller publicly traded companies.

Brunswick found that Fortune 100 CEOs appear less often on quarterly earnings calls than CEOs of smaller companies. Our research found that 11 percent of Fortune 100 transcripts include no CEO appearance, an absentee rate more than three times higher than that of smaller companies. Jeff Bezos hasn’t joined a quarterly earnings call in years. The CEOs of Costco, Exxon and Unilever have also missed multiple quarters. Another difference: Executives of Fortune 100 companies are less likely than their smaller counterparts to use negative or apologetic words such as “sorry,” “issue” or “unfortunate.” One word Fortune 100 leaders do say far more often: “billion.”

The example of Fortune 100 companies may be instructive to smaller-company CEOs whose schedules conflict with a particular call, or who simply prefer to delegate it. On the other hand, smaller-company CEOs may view the earnings call as too important to miss. After all, in what amounts to a mystery, the predictable and typically devoid-of-news earnings call appears to wield an outsized influence on company stock. A recent Wharton study looked at a decade of sharp stock price movements among S&P 500 companies – more than 20 percent decline over a 10-day period, relative to peers. It found that roughly 30 percent of those drops came in “the immediate wake of a quarterly or annual earnings announcement,” making earnings calls by far the most frequent catalyst of a share-price crisis. It took companies, on average, nearly 93 weeks to recover.

Regulation may help explain why earnings calls sound so similar and why more CEOs are choosing not to participate. In 2000, the US Securities and Exchange Commission established Regulation Fair Disclosure, commonly called Reg FD, which forbids publicly traded companies from sharing “material nonpublic information” with analysts and investors. The passage of Sarbanes-Oxley in 2002 further regulated what companies could share on the calls. The result: When asked pointed questions, executives on earnings calls have to be wary of saying anything not already publicly available. Many understandably beat a hasty retreat to well-worn phrases and euphemisms. Such answers may not provide clarity, but at least they avoid penalties.

While quarterly earnings calls are regulated, they aren’t legally mandated in the US; since 1934, companies have only been required to file a quarterly report. Though voluntary, a vast majority of public companies decide to hold earnings calls, seeing them as an opportunity to clarify their financial performance and long-term strategy – to provide a narrative around the numbers. Investors have come to expect the calls; not holding one is likely to raise questions and draw attention.

But the regulation of corporate calls doesn’t handcuff the audience of analysts and investors, even though research suggests that their questions and comments are no less predictable. Many analysts in particular seem to use the calls to ingratiate themselves with management. A common analyst comment to management: “Great quarter, guys.” A 2017 study by professors at Florida International University looked at analysts’ language on a large sample of quarterly earnings calls and found “great quarter” spoken more than 3,000 times over the span of a decade and “congratulations” more than 11,800 times. Over a decades’ worth of calls, more than half featured praise from analysts.

The predictable nature of corporate leaders’ remarks and responses compelled investors and analysts to search for meaning and patterns obscured by euphemisms and business-speak. “Analysts and investors are already using algorithmic textual analysis, Central Intelligence Agency (CIA) lie-detection techniques, and more recently, audio analysis, to seek an edge. That includes text of shareholder letters, investor day presentations, management commentary prepared for earnings, and earnings Q&As,” a 2018 National Investor Relations Institute publication reported. Anastasia A. Zakolyukina, a professor at the University of Chicago’s Booth School of Business, said in a 2017 interview that a leader’s tone of voice or intonation might soon be analyzed, and “even the pause between the question and answer could be predictive.”

It isn’t only shareholders and analysts who are scrutinizing these words. Research from Columbia University and Harvard found that “on average, half of buy-side consumers listening to or reading the transcript of an earnings call do not hold the firm’s securities at the time they’re doing so.”

As analysts and investors scrutinize leaders’ words, they also remain susceptible to their influence. A 2017 study found, for example, that when leaders use personal pronouns on a call – “I,” “we,” “ours” – investors are likely to form a more favorable impression, regardless of a company’s results. Another study by the National Bureau of Economic Research found that when leaders use vague words – “maybe” or “probably” – on earnings calls, their stock prices move less compared with more direct-speaking executives. The effect worked both ways: Vague words prevented sharp climbs as well as drops.

Analysts and investors occasionally are treated to a bit of earnings-call color. A recent study by Quartz looked at the use of expletives on earnings calls between 2007 and 2017 and found them increasingly common – 2017 being the most profane year of all. Among the most memorable outbursts: A CEO of a printing and software company, frustrated by failed attempts to dial into the call, said “I’m going to shoot this f*&king system.”

Riley Back, an executive with Brunswick Insight, the firm's research arm, is based in Washington, DC.

Edward Stephens is the Deputy Editor of the Brunswick Review.

Brunswick Insight analyzed 2,932 earnings call transcripts from 996 companies (493 of the Fortune 500; a random sample of 503 non-Fortune 500 companies) across four quarters per company from August 2015 to August 2018. The data was gathered and processed in partnership with Quid, an AI company that uses a search engine to analyze and visualize the world’s written content.

Earnings calls from the C-Suite

Jason Gorevic, CEO of Teledoc, a company that provides on-demand medical care via mobile devices, took his company public in 2015. He shares advice and lessons learned.

What advice would you give to CEOs preparing for their first earnings call?

The first thing is determining the key themes you want to address. Keep those in mind throughout the process. It’s easy for these key messages to get lost amid all the details that inevitably emerge during your preparations. Keep it to three key points, which are easy for your audience to remember. If these themes are clear in both your script and your responses to questions, you’ll see them articulated in research notes and news stories. A bonus piece of advice: pre-record your opening remarks a day or two before the call. This helps you devote your full energy to interacting with call participants on earnings day. 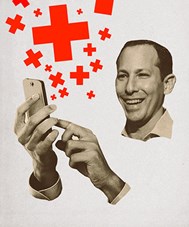 How have the calls changed since your first one?

A significant part of our early calls was spent educating investors and analysts about the basics of the nascent telehealth industry, as well as our company. Earnings season is hectic for them, so it’s important to recognize and respect this. Over the years, we’ve made a concerted effort to shift the education discussion into one-on-one conversations. As a result, we’ve built a strong dialogue with the investment community and our earnings calls today increasingly focus on our strategy, the quarter’s results or recent news.

Since these calls aren’t legally required, why invest the time and resources to host them?

Earnings calls should be considered one tool – among many – to connect with your stakeholders. Interactivity is the best way to keep earnings calls interesting. Minimize your prepared remarks and have as much time as possible for the Q&A, when your stakeholders can discuss the topics they want to.

Also, remember the earnings calls aren’t limited to investors. I receive emails from employees, friends, clients – even family – after these calls. These calls serve a large audience, and deserve your time.

Health data can save lives, but protecting privacy is critical for public support.