It’s time for businesses to set and publish clear targets on racial diversity, says Lord Karan Bilimoria, President of the Confederation of British Industry. He talks to Brunswick’s Jon Miller about a bold campaign.

Businesses have been talking about board diversity for a number of years, but progress is slow. In the UK, more than one-third of board seats are now occupied by women, but most of these boards still have very low levels of racial and ethnic diversity. The increase in gender diversity on boards is largely thanks to the work of campaigns like the 30% Club, which now has chapters all over the world. But there has been no similar campaign on racial diversity—until, that is, the launch of Change the Race Ratio.

An effective advocacy campaign needs strong strategic communications and campaign planning—as well as a striking name and brand—and as a founding partner, Brunswick was able to help the initiative get off to a strong start. Other founding partners include Aviva, Deloitte, Linklaters, Microsoft, Schroders and Unilever. The ambition is to get all FTSE 350 businesses to sign the campaign’s “Commitments to Change”, and at the start of 2021—only three months since launch—Change the Race Ratio is preparing to announce it has hit 70 signatories.

Change the Race Ratio is your first major policy initiative as President of the CBI. Of all the issues that you could have chosen, why this?
I was asked to be President while serving as its Vice President, which allowed me a year to plan what I wanted to do when I assumed the position. I arrived at four priorities, one of which was promoting ethnic minority participation in businesses across the board in the UK. To put that planning in a bit of context: It began in June 2019, before the tragic killing of George Floyd and the awareness it sparked of Black Lives Matter. This was, and very much is, a particularly pertinent issue for me; I’m the first ethnic minority president of the CBI in its 55-year history.

Then at the beginning of 2020, the Parker Review, which had been set up by the government in late 2015, published their latest findings on ethnic minorities on UK boards. Their 2020 findings included concrete targets: each FTSE 100 board to have at least one director from an ethnic minority background by 2021, and for each FTSE 250 board to do the same by 2024. And the Review also showed that companies were nowhere near that: 37 percent of FTSE 100 companies, and 69 percent of FTSE 250 companies, didn’t have a single ethnic minority board member.

We saw a possible parallel with what the 30% Club had done for championing women on boards. Ten years ago, Lord Davies said, “We need more women on boards.” The Davies Review set a target. The 30% Club as a body came about and championed this target, which they’ve now achieved. One-third of FTSE 350 board members are women—and only one FTSE 350 company doesn’t have a woman on its board. Just as the 30% Club championed the clear targets set by the Davies Review, I felt Change the Race Ratio could champion the clear targets set by the Parker Review. 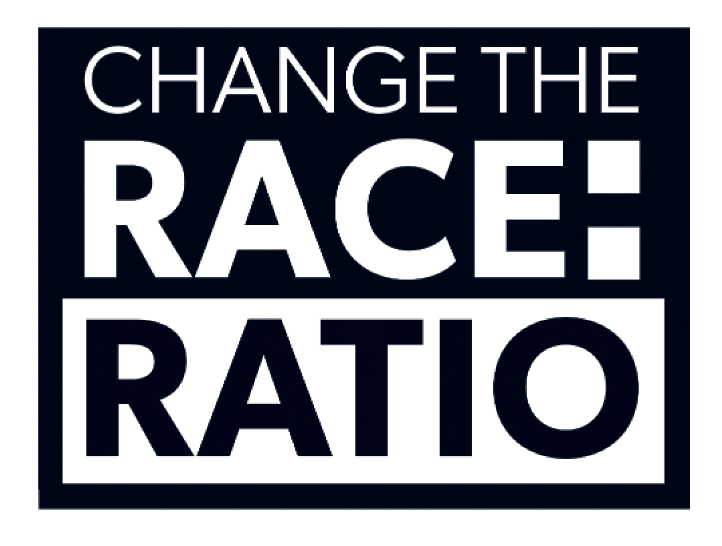 The campaign asks companies to take tangible action, as set out in the 4 Commitments:

1. Increase racial and ethnic diversity among board members.

3. Be transparent on targets and actions.

4. Create an inclusive culture in which talent from all diversities can thrive.

To find out more about the campaign visit Changetheraceratio.com.

So step one is to have targets. What gets measured gets done. We’re starting with the targets in the Parker Review, and that’s a target we can work on. Then you’ve got to work at the executive committee and the level below it. Companies have to commit to establish targets for those levels and, in addition, establish separate targets for Black participation.

Then be transparent: a clear action plan alongside the targets. Share progress in your annual report and on your company website. Disclose the ethnicity pay gap. Companies aren’t doing that. We’re saying that by 2022 at latest this needs to be implemented.

And the culture component is so important. It’s diversity and inclusion working together—not standalone quotas, but the mentoring, the support, the inspiration, that create the environment for diversity to flourish.

The business case for this is now overwhelming. There’s report after report. In 2019, McKinsey showed that for ethnic and cultural diversity, the top quartile of companies are 36 percent more profitable than those in the fourth quartile.

Ruby McGregor-Smith in the House of Lords, a colleague of mine, calculated a few years ago that full ethnic minority representation across the labor market in the UK would equate to an extra £24 billion ($32 billion) annually, or about 1.3 percent of this country’s GDP. I think that’s an underestimate.

What would you say to an executive who discounts those findings as theoretical, or something that would take decades to realize?
We now have a joint venture of Cobra Beer with Molson Coors, which is headquartered in Chicago and one of the largest brewers in the world. But we started Cobra Beer in India. In India, they don’t say “SMEs,” they say “MSMEs,” because it’s micro-, small- and medium-sized enterprises.

I started as a micro business. It was just my business partner and me, two of us. And as our team grew, I remember we created a mini United Nations. We had people from all parts of the world, religions, cultures, backgrounds, and wow, the buzz was so powerful. The difference in thinking and input and dynamics just made us—by miles—more effective as a company. I’ve seen it firsthand in growing my own company, how powerful it is.

Five, 10 years from now, what will make you look back on Change the Race Ratio as a success?
In the UK, ethnic minorities make up 15 percent of our population. And I led a debate a few years ago on ethnic and religious minorities’ contribution to the culture and economy of this country in the House of Lords. Twenty-six peers from different backgrounds spoke in that debate, and you realize this country would not be the sixth-largest economy in the world today, with 1 percent of the world’s population, without the contribution of that phenomenal diversity that has helped fire this country.

By taking action—and not just in the UK’s biggest companies, but across businesses, across the board—I think this country can be an example to the world, it can lead the way. And I’d like to see it inspire action beyond our borders. “Change the race ratio” is a sentiment that can apply anywhere in the world.

Lord Karan Bilimoria is the President of the CBI, an organization that represents more than 190,000 UK businesses employing one-third of the nation’s private sector workforce. A member of the House of Lords, he is also the Founding Chairman of the UK India Business Council, and the founder of Cobra Beer.

The Business of Equity

Diversity, equity and inclusion must be embedded into all the activity of an organization. Brunswick’s Deepali Bagati speaks with Deloitte Global Inclusion Leader Emma Codd.