The global view of M&A deals

The views of workers and consumers are critical to any successful deal. Brunswick Insight conducted a survey into global views of deals

Executives, bankers, lawyers and regulators set the terms that define deals. But ultimately, success may depend on the support of voices often missing in that conversation: consumers and workers. Brunswick interviewed a total of 2,550 adults in the US, the UK, France, Germany and China to find out their concerns about the risks and rewards of M&A. Results vary by country and are sometimes contradictory – yet overall they reveal surprising consistencies that any corporate leader planning a deal would be wise to take into consideration.

In most markets, a majority approve of m&a generally. On average, two-thirds in each market think the government “should allow mergers between large corporations.” In the US, this represents a substantial shift from 20 years ago when a Gallup poll found only 40 percent in favor of deals. The one exception is Germany, where half of respondents feel government should do more to oppose mergers.

Despite being seen as an important driver of the economy, M&A is still viewed as bad for workers. Those who have experienced a merger or acquisition are more likely than those who haven’t to perceive deals as good for workers (54 versus 41 percent).

The warm glow around m&a disappears when a foreign buyer enters the picture. US and European consumers turn chilly, particularly where Chinese and Middle Eastern acquirers are concerned. Those in Britain are more sanguine: they view an acquisition by a Chinese company as a risk to workers and national security, but are more neutral about the impact on the economy.

In contrast, Chinese consumers see all M&A activity as good for their country – involving both domestic and foreign companies. Even though acquisitions by foreigners are seen as a risk to national security, American or European acquisitions are still viewed as beneficial to workers, the affected cities and the national economy.
Respondents in most regions, especially Europe, say government oversight should be much stricter, but, seemingly at odds with that finding, they don’t trust the government. They believe government leaders are too focused on the interests of their own political parties and not enough on protecting employees, customers, local economies, national security and the environment.

Consumers are prepared to act on their beliefs. Globally, 43 percent have boycotted a product, or taken some other action in the past five years to support or oppose a deal. Such grassroots activity can have a direct business impact for the merged company, making consideration of society’s views critically important in the planning stages. 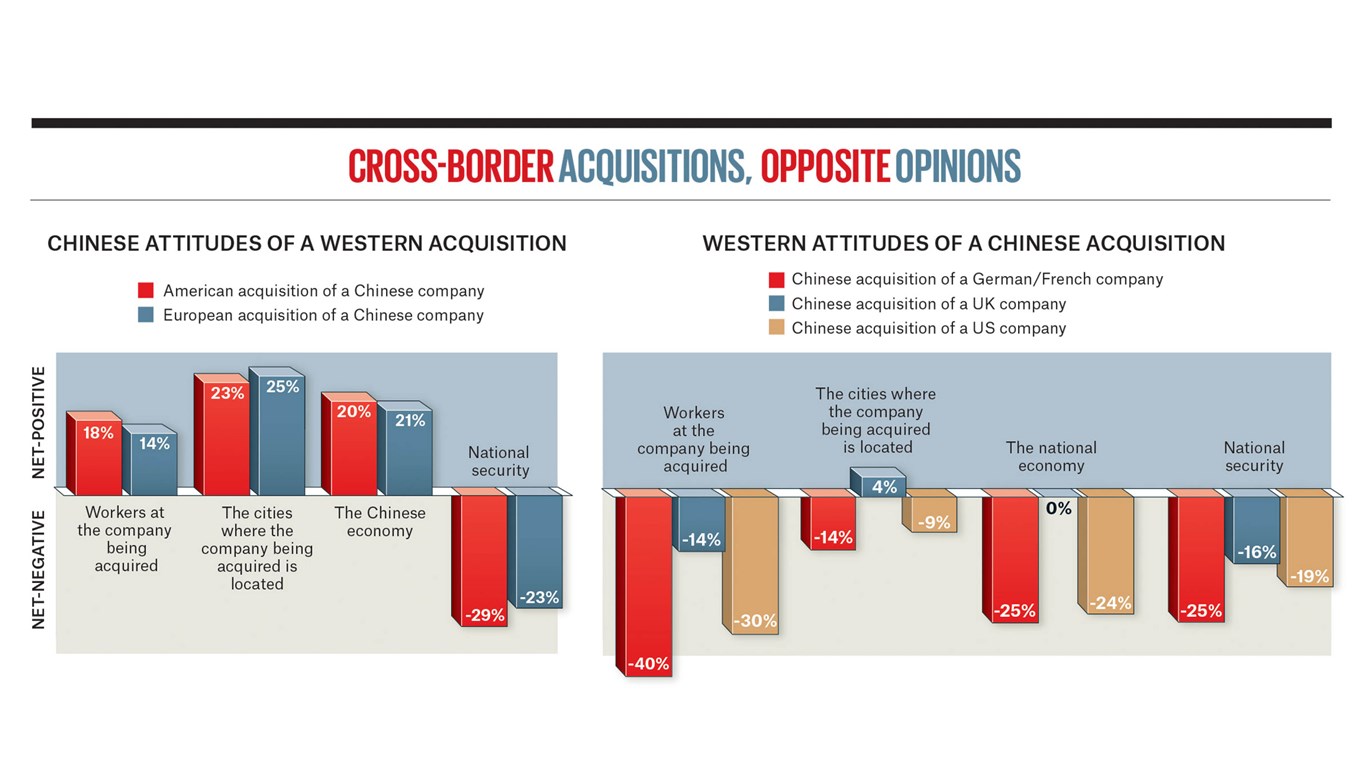 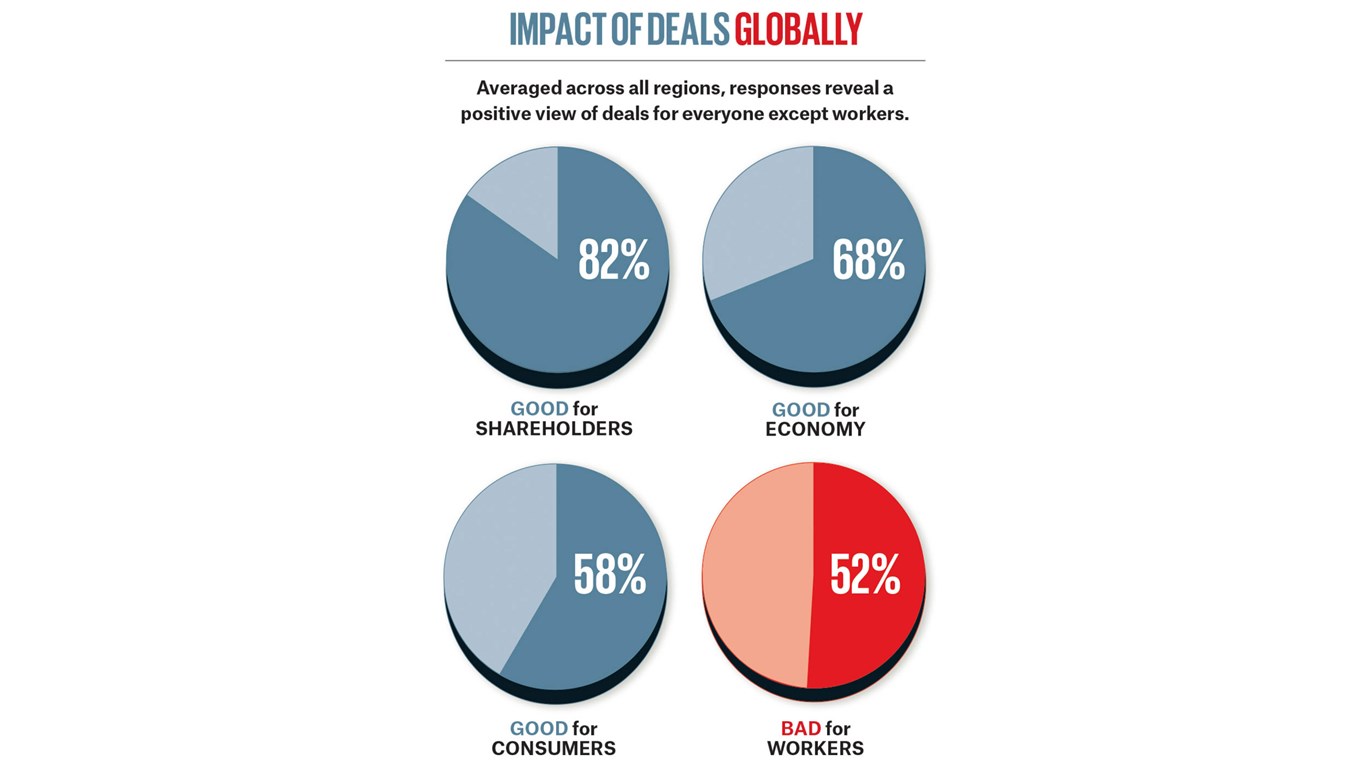 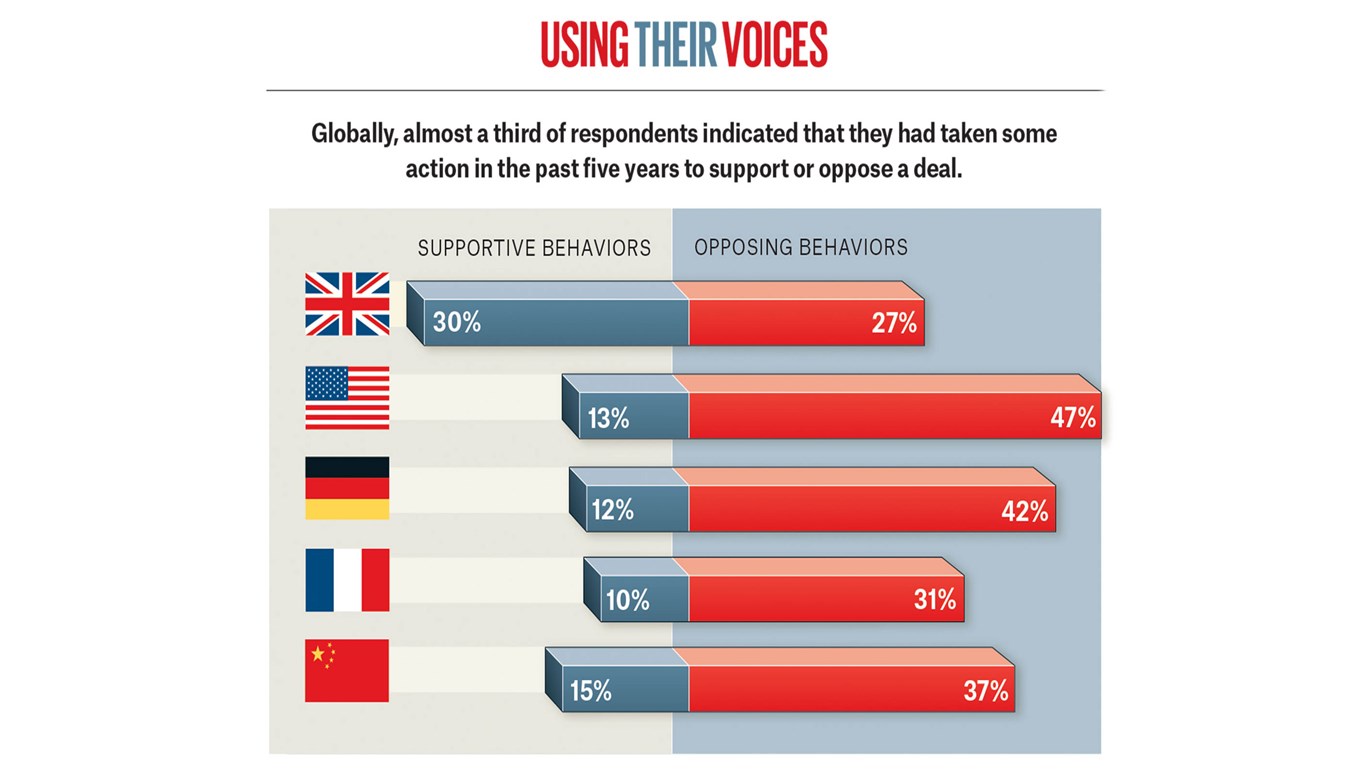 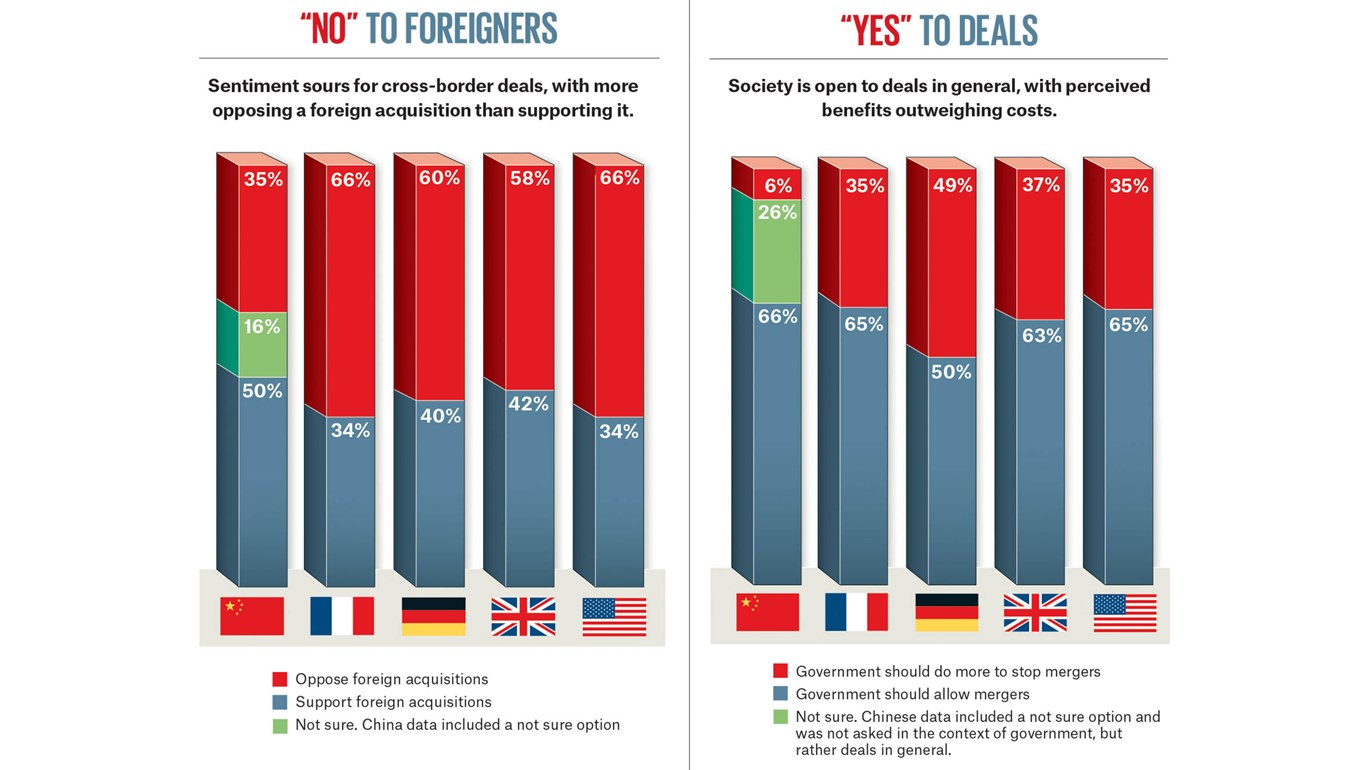 A "Blank Check" is All the Rage